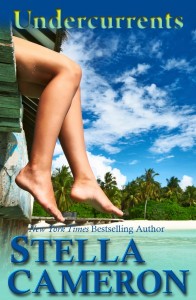 Susan has a plan for her life and it’s finally coming together. The last thing she needs is a volatile relationship to get in the way of her future. And anyway, she’s given up on the search for a perfect man—until an innocent request from her sister puts her in the path of a man who changes everything.

Mike left the rat race behind and retired to a quiet island. Now he purchases boats at auction, lovingly restores them and sells them for profit. His life is complete—until an innocent request from a woman turns his life upside down.

Plans are made to be shaken up and in Stella Cameron’s, UNDERCURRENTS, plans run into explosive results.