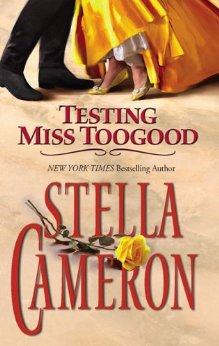 Success…or failure…depended on this, on what happened now, here, in a shabby park in one of London’s sleaziest districts.

He reached a hedge, pushed through an overgrown gap that passed as a gateway and hurried inside. He saw her. A girl huddled in the middle of a pathway where what moon there was played hide-and-seek and picked her out for any interested eye to see.

Running, he hissed, "It’s all right. You have nothing to fear. Get off the path. Sit on the bench over there—by the bushes."

"Keep your voice down, I beg of you. They call me Brother Juste and I insist we sit. We could be too easily spotted standing here." He caught her by the arm and rushed her along. She kept quiet and didn’t shrink from him. His real name was Lord Dominic Elliot, but the disguise served him well.

The girl’s courage impressed him. He hadn’t been sure she’d come to meet a stranger in this deserted place after sun-set. From what he could make out, she was young, wholesome and simply dressed.

Jane Weller, a desperate servant wrongly dismissed from her place, sped along at his side, her breath coming in frightened gasps, until she plopped down on the stone seat he’d indicated. Tucked in the deep shadows of tall laurel bushes, anyone there would be all but invisible. He followed, his habit flowing around his feet, the rough brown wool heavy with moisture from the fog.

"I’d best be quick," Jane said. "I want to get back." She sat down, crossed her booted feet, wrapped a prim dark coat tightly about her and held it together at the neck. She bowed her head and an unadorned bonnet hid her face completely, not that there was much to see in this light, even if he had become accustomed to getting around very well in darkness.

She touched her chin and drew in a sharp breath.

Miss Weller shook her head, no, and muttered something inaudible.

Laughter carried on the heavy air, drunken voices bellowed and Jane muffled a cry with her hands and looked up at him. He saw her face better then, her eyes glittering up at him.

"Hush," he said, sitting beside her but with an appropriate distance between them. "You are safe with me, I promise." Acrid smoke from too many chimneys to imagine stung the eyes.

A long walk from ancient St. Mary’s Church in Pearl Lane had given him time to think about the most efficient way to deal with the best, possibly the only, chance he might get to solve a most disturbing mystery before it was too late.

"I shall accompany you home to your rooms," he told Jane. "No harm shall come to you. Now, tell me your story." He already knew most of it, as reported by the son of her former employers while that young man wallowed in his cups at a certain gentlemen’s club.

"It’s not true what my mistress said." The girl’s voice wobbled but she didn’t cry. A brave one, this. "I didn’t stay out all night with my young man—last Thursday that would be—I didn’t. I don’t have a young man. I was taken, that’s what I was, taken. Kidnapped. And I know why."

You do? "And why would that be?" He knew very well but couldn’t imagine how Jane Weller would have any idea why she was abducted in Hyde Park—opposite her employers’ mansion—and spirited away.

"The gentleman thought I was Miss Victoria. On account of I was wearing one of her cloaks. She gave it to me," she added hurriedly. "Miss Victoria gets tired of her things and likes to give them away. It was her he wanted—he said as much when he was so angry at seeing he’d got a nobody for all his trouble."

The Victoria she spoke of was Victoria Crewe-Burns whose wealthy family was famous for, among other products, Crewe-Burns Serviceable Stockings—a mainstay of the working classes. There had been a time when Vicky’s name had been linked to that of Dominic’s brother, Nathan.

"You’re sure of this, Miss Weller?" He kept his voice low.

She whispered in return, "Oh, yes. The man who took me never said a word till I was in that house of his." He noted she spoke quite well and tucked the fact away in case it might be useful to remember. "Look," she continued, "I will help you try to find this man. I want to because I think he’ll hurt someone one day if he isn’t caught. But they watch you at that rooming house where I’m staying and if I’m too late back someone will say things about me and I’ll be out on the street again. I don’t know if I could find another place as cheap."

He needed so much more from her. "Did you actually see this man’s face?" Surely a good description would be too much to hope for.

Waiting for her to go on took almost more patience than he had.

"A painted face, that’s what he had. He frightened me so, his face white like some ladies used to have, all stiff and hard from the stuff he’d spread on. And a little red mouth painted on and eyebrows almost up to his wig. A white wig it was, and white powder on his eyelashes so his eyes looked pink and nasty."

The next answer was expected but he asked the question anyway. "Would you know him if you saw him again?"

She didn’t laugh or say no immediately. "I don’t know. There was something about him—a feeling he gave me. He pushed me down and kicked me. He said I was a waste of time."

"Oh, no." She shook her head vehemently. "I couldn’t have. No. But when I say he gave me a funny feeling, I don’t just mean the scared feeling. I wouldn’t know his face unless he was painted the same way, of course, but…I don’t know, I probably couldn’t recognize him. He said he’s a master of disguises so I suppose that means he changes how he looks." She looked up at him. "I’m sorry I’m not more help."

"You are a great deal of help." He must make sure they would meet again and soon. The thought of not being able to find her after tonight sent panic into his heart. "You cannot have a great deal of money."

She tossed her head and averted her face from him. "I know how to look after myself. I’ll do well enough."

"How long can you manage without a position?"

Miss Weller fiddled with the neck of her coat. "Long enough."

"Let me give you some money."

"No, thank you." She stood up and he heard her rapid breathing. "I shall find a place soon enough. I must."

"You sound desperate," he said gently. "If you have enough money to manage, why must you find a place soon?"

"Because—because I must, that’s all. Please, I wish I could be more useful but I’m going to that house now."

"Fair enough." He rose and offered her his arm. Jane Weller got up and stood beside him, ignoring his arm. "Very well, let us get you home but there’s something I want you to do tomorrow morning."