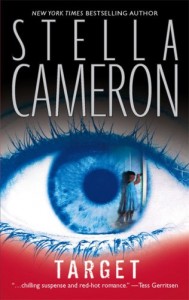 In one of the most horrific mass-death discoveries in California history, a sudden ground collapse during installation of a new cell tower has revealed multiple human remains.

Tangled skeletons suggest a desperate struggle to escape asphyxia in an abandoned gold mine.

Workers drilling at the site report that they became aware that they had broken into an existing cavity when surrounding earth began to cave in.The drill had pierced what is believed to have been a large vent intended to bring air into the mine. Most of the victims were heaped at the bottom of this hundred-foot-deep vent and are presumed to have been trying to claw their way up.

Officials have already tied the deceased to members of a northern California commune known as “The Refuge.” Seventeen years ago, people in the nearby town of Grove noticed the sudden absence of commune members. Until then, people from The Refuge had frequented shops and other businesses in Grove.At that time, police visited the settlement and found trailers still filled with possessions, but the owners had left.

It appeared that these people had supported themselves with extensive marijuana cultivation.

All efforts to track down members of the commune failed until the recent discovery.

Officials have announced that pieces of identification for thirty-three people were found with the remains. Longtime residents in Grove recall some of the people whose photographs are on these documents as commune members.

The public is asked to contact their local police departments with any tips, and to be advised that intensive efforts are under way to complete positive identifications.

If you think one of your friends or relatives may have been among the dead, the police would like to hear from you as soon as possible.

This was it. Decisions had to be made.

Nick Board didn’t want to admit, even to himself, that he was afraid, but he’d be a fool if he wasn’t. He had to protect the lives of the people he loved, and his own.

He turned his Audi from Main Street into the forecourt of Ona’s Out Front, the bar and diner side of Ona’s business. In the same building, Ona’s Out Back, an unlikely tea shop, lay directly behind the diner. He parked next to a familiar, bright yellow Miata that reflected dazzling sun-bursts off its spotless paint.

Inside, her elbows propped on the stainless-steel counter that spanned the windows, sat Sarah Board, one of his supposed sisters and the owner of the Miata. From the direction of her glance, she couldn’t see him for the glare.

Nick got out of the car and faced Main Street, just to give himself a little time to settle down. Vehicles and people passed through the white-hot haze of midafternoon. He poked at the nosepiece of his sunglasses.

Two weeks ago the headline and lead article in the Pointe Judah News had stunned Nick, stunned Aurelie and Sarah and thrust them back where they’d learned not to go: to the day when Mary Chance had sent them to Georgia. He could not get past the conviction that she had suspected they were all in deadly danger. She had stayed to make sure he and the two girls got away. Nick had no proof, would never have proof, but he knew what he knew. While they escaped, she covered for their absence.

Today, after a relentless national media feast since the grave was discovered, a new story twist had come out. He had read about it on the Internet a couple of hours earlier.

He thought back to when he, Muriel and Ena set off for Savannah. By the time they arrived, the sisters had chosen new names, Sarah and Aurelie. In their fabricated lives, all but four people thought they were his sisters. The fourth was Delia Board, Mary’s old friend, the CEO and primary shareholder of Wilkes and Board Cosmetics. Delia had taken in three teenagers and raised them as if they were her own children.

Even members of the Board clan—all retired now—accepted the story that Delia had quietly adopted the three children of an old friend. Delia was the “whippersnapper” of the family and the old brigade didn’t question anything she did as long as they didn’t have to become actively involved in the business. The Boards had bought out the Wilkes, but the name of the company was too famous to change.

He couldn’t have guessed then how grateful he would become that although they had taken the Board name, adoption was automatically out of the question. They had continued to hope his mother was alive, and to this day he and Delia didn’t know whether Sarah and Aurelie had a family somewhere. They had steadfastly recoiled from the subject.

Aurelie was never far from his thoughts. he’d made up his mind he had to do something about his feelings for her. At least test the waters. But he would wait until this nightmare passed.

Delia had insisted on moving the teenagers away from Savannah soon after they arrived. She was too much of a public figure there, she said.

First they’d gone to Portland, Oregon, where Delia’s cosmetic company had offices. Again, she decided her profile was too high and they’d moved on, this time to settle in Pointe Judah. Delia continued to run the business from there and built a small research and development lab outside the town.

The second move had worked. After initial curiosity, the community accepted and mostly ignored the quiet folks who lived in antebellum Place Lafource, a mansion on a lush estate backing onto Bayou Nezpique. “Nick Board, how much longer are you going to stand out here gaping at nothing?, Sarah, almost six feet of her, was already raising her voice at him when she came through the doors of the diner. “I believe you think I’m the least important person around. You said to meet you and Aurelie in Ona’s half an hour ago but I find you wandering around outside with no concern for my feelings.”

“I didn’t see you coming,” he said. “I’m enslaved to your feelings, Sarah, my love. I was sort of waiting for Aurelie to get here. I’m glad she decided to come home and stay until we figure out how big a problem we’ve got.” Aurelie was a New Orleans insurance lawyer.

When he turned his head, Sarah put her face so close to his that her eyes distorted into one fuzzy blue thing between her eyebrows. He drew back to see her properly. She wore her short, bleached hair in spikes and used dramatic makeup on a face composed of upswept lines and sharp bones. A fascinating face and a build like a tall dancer attracted a lot of attention.

They were both chemists and worked at the Wilkes and Board labs just east of Pointe Judah. Nick’s position had expanded into taking over direct administration of the facility and being Delia’s right hand whenever she wanted it.

Sarah crossed her arms and tweaked at her hair, signs that her temper was about to reach gale force.

He look a step backward. “Okay, okay, settle down. We probably don’t have a thing to worry about.” Sometimes even the peace-at-any-price guy ended up on the battlefront.

“I’m so mad at you.” Sarah landed a fist on his shoulder and he jumped. “Now what?, he asked. Scrubbing at his face didn’t help calm him down.

“You dither around, lost in who knows what, while I worry myself to skin and bone. You are a thoughtless, self-centered bastard.”

“It’s not nice to remind me about the circumstances of my birth,” Nick said, but his humor was thinning rapidly.

“You told us to meet you here because we’ve got to talk. I don’t want to stand around imagining the worst. Tell me the latest.”

“I’m not saying it twice,” he told her. “As soon as Aurelie gets here we’ll go somewhere private and decide what to do next.”

“You don’t get it, do you?, Nick said. “I want out of all this intrigue we’ve lived with as much as you do. Maybe more.”

“Look at that,” Sara said, clearly grabbing for a diversion. “Dangerous driving.”

The driver’s door opened slowly and Aurelie Board slid her feet into blurry waves of heat rising from the ground. Nick said, ” Shit.”

Sarah elbowed him. “You already said that. Why are you so late?, she called to her sister.

“Go easy,” Nick said. “Aurelie’s usually prompt. Something she couldn’t get out of must have kept her.”

“Sometimes I think you get sucked in because she’s little and looks helpless. you’re always making excuses for her.” Sarah pinched up her mouth.

Aurelie had the same pointy nose as Sarah, that’s where the similarities almost ended. “There you are,” she said loudly. “Don’t start on me. Just don’t start.”

Half a foot shorter than her sister, Aurelie’s hair was as dark as Sarah’s would be if she didn’t use bleach.

Aurelie leaned back into the car and called, “Hoover, get out here.” A Bouvier, around 120 pounds, black with a white blaze on his chest, lumbered to the ground like a small bear. He definitely outweighed his boss.

Nick tried not to grimace at Aurelie’s straw hat, the brim tipped up all the way around. He loved looking at her and had to make sure he wasn’t too obvious. She had a wide, soft mouth that looked as if a smile was never far away. Her eyebrows were upswept like Sarah’s and very dark. She sparkled. She melted people just with her presence. And Aurelie might be short but she wasn’t exactly “little,” not entirely.

He pulled himself together. “Let’s get on with it, shall we?, “I’ve been at Poke Around,” she said. “I came as fast as I could.” A passing truck honked and she put her fingers in her ears.

A gift boutique, Poke Around occupied the conservatory in the original Oakdale Mansion…