Once and for Always – Excerpt 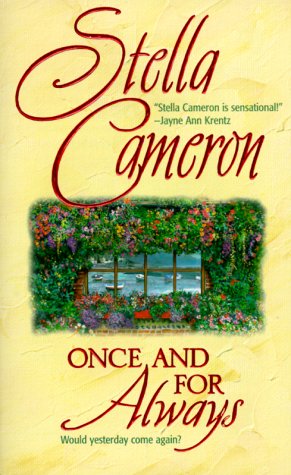 He was the most quiet eighteen-year-old boy she’d ever met. At least, he was quiet around her. She’d seen him being pretty rowdy with his friends.

"Do you like being in Wales?" he asked. "It must be a lot different from America."

Caitlin looked up at him. He stared at the ocean. "I do like it here," she said. "It’s different and that’s exciting." Every day this week he’d followed her from school and asked in his soft Welsh voice if he could walk her home. And each day she’d said yes, her heart thumping, a funny tingling in her arms and legs.

He shoved his hands into the pockets of his jeans and kicked at rocks underfoot. She liked the way he dressed, casually but more tidily than most of the other boys in the local school. And she liked him being tall because she was too.

"How long will you stay in Tenby?"

"Until it’s time to start school in Los Angeles in the fall. I wish I could be here longer but I need to be back in the States for my senior year of high school."

Anyone else would have asked these questions when they’d first met. Not Trevor Morgan. Until today he’d barely said two words to her. Their afternoon walks had been carried out in silence until he said goodbye at the gate to her grandparents’ yard. Now the strained set of his fine features, his big hunched shoulders, the occasional sidelong shift of serious gray eyes let her know that he’d probably rehearsed what he wanted to say a dozen times and agonized again and again trying to get started.

They carried on along the cliffs toward her grandparents’ house which lay north of the bustling fishing and resort town of Tenby on the southwest coast of Wales. Just as Trevor had suggested, everything here was foreign to Caitlin. With each day Los Angeles felt farther away and less real.

Trevor stopped walking and faced the sea. "Would you like to sit down for a bit?"

No eighteen-year-old boy back home would be so diffident, so uncomfortable around a girl who interested him. Caitlin was very sure she interested Trevor.

"Yes. There’s a hollow over there. Right at the edge of the cliff. We’ll be mostly under the wind."

Wordlessly he took her hand and guided her through wildly rustling scrub grass into a sandy bowl above a sheer drop to chrysolite green water. As soon as she sat cross-legged on the coarse sand he let her go and dropped down beside her.

"Only another week before school’s out," he remarked.

"Mm. A month hasn’t really been long enough to get much of a feel for the differences between curriculum here and back home. But I’ve got a good idea. And I am looking forward to the summer vacation."

"What will you do?" Now he looked directly at her. His eyes were a steely gray, like the ocean below them on a cloudy day. "I mean what will you do in the holidays?"

"I haven’t really thought about it too much. Help my grandparents around the house, I suppose. And come out here to walk. Maybe sail a little if I can rent a boat. And swim, of course."

Instantly he became red and poked holes in the sand with a long forefinger.

She mustn’t laugh or he’d think she was amused at him rather than delighted. "Is that an invitation?"

"Then thank you. I’ll look forward to it. Do you like to swim — when you’re not playing that awful rugby, that is?"

"If you say so." She wouldn’t tell him that the only reason she’d gone out to the school playfield to watch the team practice the strange rough game was because she wanted to see him. He was as noisy as his teammates out there; yelling and pushing in a sport she didn’t understand although it reminded her of American football without helmets and pads for the players.

"We won’t be playing rugger in the summer," Trevor said.

"Does that mean you might want to come swimming then?"

She was the one with the reputation for reticence. The tables were being turned here and she enjoyed the sense of power. "Yes, with me. You take me sailing because you’ve got a boat and I’ll take you swimming because I can swim."

They laughed and Caitlin felt him relax a little.

"Your family runs that big tavern in town, don’t they?"

He nodded and stuck a blade of grass between square even teeth. "The White Knight. Only it’s a pub in this country, not a tavern. My grandfather ran it before my Dad took over."

"And one day I suppose it’ll be your turn."

"No." He sounded adamant. "Not me. I want to go to school in London and become an accountant."

Before she could make the mistake of saying that being an accountant sounded boring, a gull swooped in, squawked, flapped its wings furiously at the sight of Trevor and Caitlin and swept away again. The dried grass around them smelled sweet, the salty aroma from the sea, warm.

Trevor leaned forward and his striped tee-shirt stretched over a broad back. "Where did you get a name like Caitlin? It’s Irish, isn’t it? Caitlin Rhys. They don’t match. You said your father grew up here and you can’t get much more Welsh than Rhys."

When he said her name it sounded different, lilting, nice not flat the way she was used to hearing it. She glanced at his strong tanned arms, his straight brown hair tossed this way and that in the breeze. "My grandmother came from Ireland. Her mother’s name was Caitlin and that’s where it comes from. I guess that’s where I got the red hair too, just like Dad. They call him Red."

"I’ve never seen him. Does he have blue eyes like you too?"

"Yes." Her stomach felt jumpy. Just as she’d been watching him, noticing everything about him, he must have been doing the same with her.

"They say in town that your father’s a big film producer in Hollywood and your mother’s Eileen Allen the actress."

"That’s right." She didn’t want to talk about all that. Here everything was quieter, more down-to-earth, and much as she loved her parents she’d rather not think about the make-believe life she often felt she lived.

"Will you be an actress like your mother? You’d look lovely in the pictures."

She couldn’t see his face but his cough made her certain he was blushing again. "I don’t want to act. I want to go into design. Clothing or something. I’m not sure what."

"I see." The way he said it suggested he didn’t see at all. "You live in Hollywood they say. I can’t even imagine that. It’s something out of the pictures to me."

"It wouldn’t be if you went there. It’s ordinary. But actually I live in Beverly Hills. That’s close to Hollywood though.

"What’s it like to have lots of money and live in a big house with a pool and servants and . . ." He closed his mouth. "That’s rude to ask personal questions. I’m sorry."

"It’s okay. And living that way is okay too, only it’s better here."

He scooted around until he faced her. "You mean that?"

"Yep. This is the first time I can remember when I felt free. You shouldn’t have to wait until you’re seventeen to feel free."

Trevor let sand slip through his fingers before he replied. "I like you, Caitlin Rhys. I’d like to swim and sail a lot with you."

She leaned forward and folded her hands over his. "I’d like that, too," she told him.

He sighed, keeping his eyes on their hands until the silence made Caitlin nervous. She swallowed and swallowed again, waiting for him to say something. He didn’t.

"Trevor," she said when she couldn’t be quiet any longer, "look at me." When he did she leaned to touch her mouth to his and felt him jolt. He pulled back, his eyes startled, then put a hand on each of her shoulders.

He’d never kissed or been kissed by a girl before, Caitlin realized. The idea thrilled her. She returned his gaze, thinking how firm yet gentle his mouth had felt.

The next kiss was better, a lot better. With Caitlin’s guidance, Trevor learned quickly.

The sun was much lower when she remembered that her grandparents would wonder why she was so late getting home.

Trevor held her so fiercely she could hardly breathe. "Tell them you won’t. Tell them you’d rather go to school here."

August was drawing to a close but the sun beat down into their little hollow above the ocean with more intensity than it had all summer. Caitlin shifted until she could kiss Trevor’s neck. Her insides hurt, and her throat, and her eyes stung.

"Tell them." He shook her slightly and rested his cheek on her hair. "Come October I’ll be in school in London. But it’s not so far and we can see each other there or here whenever I can get the money."

He was old-fashioned. Throughout the vacation weeks he’d refused to allow her to pay for as much as a candy bar and she’d let him spend his earnings from helping his father because she wouldn’t risk hurting his ego.

"Caitlin, will you stop with the silence and say something?" When he was anxious he sounded even more Welsh than usual.

She wanted to stay right where she was forever. But in some ways she saw what had to be more clearly than Trevor. "I must go home to my parents. You know how your mother and father would miss you if you went away then said you didn’t want to go home to them."

"That’s different. I’m the only kid they’ve got."

Caitlin shook her head. "You aren’t thinking. I’m the only child my folks have. But that isn’t the point. I don’t want to go, Trevor, but I have to."

"I love you," he said and she knew he was crying.

Her own tears began. "I love you, too. And I’m going to write to you every week. I promise. Every week."

He sniffed and held her away to see her face. She would go, just as she said she must. Somehow he had to imprint in his mind the way she looked: her tall almost frail body, the long red hair, shot through with sun now, the slender face that showed barely a trace of tan . . . her blue, blue eyes.

"Will you write to me, Trevor?"

"Yes," he whispered. "I’ll write every week, twice a week. And one day we’ll be together again. Promise me that, cari."

He’d called her cari many times before she’d asked what it meant and he’d told her it was Welsh for love. His heart hurt with the love he felt for her.

"We’ll be together again," she said. Her cheeks were wet and he kissed salt tears.

"Forever?" he asked. "Tell me we’ll never stop loving each other and one day we’ll find a way to be with each other forever?"